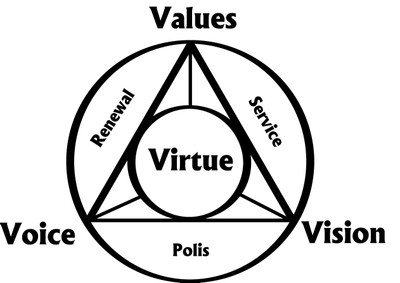 We've seen some high profile ethical failures in the press in recent years. It will be hard to forget the devastation caused by accounting fraud at the investment company run by Bernard Madoff, or the earlier frauds at Enron and Worldcom. People have also raised ethical questions over the welfare of some organizations' staff and suppliers. This highlights the extent to which it can be difficult for leaders to determine what's right and wrong. Some make the wrong choices – and end up in the news or in the courts. What we rarely see, however, are stories about the numerous companies that are managed by ethical leaders. While standards seem to keep falling in some corporations, other leaders "raise the bar" and inspire their teams to do the same. These leaders do the right thing, at the right time, for the right reasons. They put their ethics before the bottom line – and, as a result, they have dedicated teams that would do almost anything for them. So how do they do this? And how can you do it as well? We'll show you how to define your own ethical standards – and start putting those standards into practice.

To lead your team with character and integrity, you must set an example. You're the leader, remember? Your team looks to you. To begin, you must know your own values as well as your organization's values. For example, the global technology giant 3M is well known for its company values. Why? Because the entire team – from top executives all the way down to the mail room – live and breathe the principles of honesty and integrity every day. 3M communicates clearly that it wants its staff to do things like keep promises, have personal accountability, and respect others in the workforce. Every leader in the company knows this, so they work by these rules. And as a result, everyone else follows. Hopefully, your company has clear rules about how it wants team members to act. As a leader, it's up to you to know these rules and codes of conduct – and to make sure you enforce them. Your personal values are also important. If the company's written rules don't say that you must be fair to everyone, but this value is important to you – then, of course, you're going to be fair. Good leaders follow their personal values as well as organizational values. Ask yourself these questions:

Now that you know your company's core values, you can begin to set the tone and create the right environment for your team and your organization. Again, leading by example is the best way to do this. It's what you do, not what you say, that demonstrates to your team what you care about. So, if your company values honesty above all else, then make sure you demonstrate that by being honest with everyone around you. If your company values free speech, then make sure you allow your team to communicate their ideas openly. Next, establish consequences for team members who don't follow corporate values. If you allow someone to come in late continuously without making up the hours, that won't set a good example for the rest of the team. You need good consequences as well. Set up some kind of reward system for team members who consistently act according to the company values. Storytelling is a great way to reinforce and communicate these values. If you know of team members – or even clients – who acted ethically in difficult situations, then tell their stories. This shows your staff that they can do it as well. By getting your team interested in ethical conduct, you communicate how important these values are to both you and your organization.

Here's the scenario: you're in a meeting with other top executives, and you realize that one of your colleagues has changed the numbers in his report. As you listen, you realize that he's exaggerating how well his team is doing on a major project. Instead of saying that his team will finish in eight weeks, which he previously told you, he's promising to be done in only five weeks. And instead of saying that the project will help increase company earnings by 4 percent, which he also told you earlier, he's promising a 12 percent increase. What do you do? He's a close colleague and a personal friend. On the other hand, he's overstating how well his team is doing. Do you support him, or do you tell the truth to the other executives? We're often faced with tough choices like this in the workplace. Most of the time, however, ethical dilemmas aren't this obvious, and they can be hidden in ways that are hard to uncover. So, how do you recognize these dilemmas?

There can also be other unexpected situations. You could make a mistake – will you admit it to your boss, or try to cover it up? Or you could discover that a colleague is acting unethically – do you protect the person or tell someone?

By recognizing when these situations might occur, you can make the right decisions when and if something actually happens.

Putting yourself in these imaginary situations can help you work through your feelings and decide what you would do if the situation occurred. In real life, you may have only seconds to reach a decision. Of course, you won't be able to imagine every possible ethical dilemma you might face, but this exercise will help you get to know your values, and it can prepare you for the decisions you may have to make.

At times, you'll make a decision but still wonder if you did the right thing. You may be uncomfortable, but these situations can teach you to trust yourself and your instincts. If you calm your anxiety and look logically at the situation, your instincts will often guide you in the right direction.

Ethical living – and leading – takes courage and conviction. It means doing the right thing, even when the right thing isn't popular or easy. But when you make decisions based on your core values, then you tell the world that you can't be bought – and you lead your team by example.

Once you identify your company's core values as well as your own, you can start to set the tone with your team and your organization. Actions always speak louder than words, so make sure you do as you would wish others to do.